I NagaSita is a Temple Tribal dancer based in Nevada City CA, having just relocated from Portland Oregon where she has lived for the past 13 years. A lifelong performer with her youth spent in Hawaii

dancing Kahiko with the Hula Halau gave her the perfect foundation for bellydance and an affinity for sacred interpretations through movement. Tribal bellydance became her true calling which she began practicing just after relocating to Portland Oregon and simultaneously dedicating herself to Kashmir Shaivism at the Rudrananda Ashram in 2002, where she learned ancient ritual practices from Tibet and India. She found the dance to be just as liberating as the spiritual practices of the east, and has continued on her path as a yogi, performer and priestess ever since. As one of the pioneers of ritual performance in Tribal Bellydance today, NagaSita thrives in sharing her connection with the divine feminine through dance and by creating elaborate offerings in honor of the Goddess. 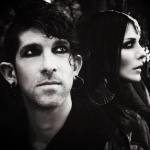 With performance roots in the Serpentine lineage, Neo- Tribal  fire performance, and Vaudeville NagaSita poured her heart  into producing shows in Portland for 7 years. With her acclaimed notoriety as the founder of the Tribal Nouveau  Temple Dance Troupe APSARA, co-producer of the Anahata  Festival and world renowned Eastern Nouveau dance  showcase Salon L’Orient, family member of the Wanderlust Circus and director of the dark  theatre troupe Bogville, she has emerged as a force of nature in the Bohemian underground.  She is currently engaged in fulfilling her dreams as an artist with her love F’kir as Arcus Tenebrae and working with her  first dance sister from Serpentine – Aradia Sunseri, whom NagaSita is honored to birth a new  chapter with in sacred ceremony through Auracle.

NagaSita has studied under the dance teachings of Tribal bellydance legends: Rachel Brice, Moria Chappell, Zoe Jakes, Sharon Kihara,  Mardi Love, and Severina. She is eternally  grateful to her teachers and the potent  inspiration they have offered through their own pioneering passions for dance.

NagaSita has over 10 years of experience in yoga, bellydance and theatre, and is a certified Vinyasa Yoga instructor. She has spent the past 6 years studying Odissi Indian classical dance under the tutelage of Jamie Lynn Colley, Moria Chappell, and Colleena Shakti. Butoh with Mizu Dezierto, and Anastazia Louize of Bad Unkl Sista, And most recently Tibetan dance training with Prajwal Vajracharya of the Dance Mandal Foundation. Highlighted by her divinitive approach to performance and avant garde interpretation, NagaSita has formed her own unique concoction of Tribal Nouveau Temple Dance which she has dedicated her life to sharing with the world, while adhering to it’s original purpose as a profound spiritual practice. She has become an ardently sought after teacher of the Pacific NW region, and is currently teaching Tribal Nouveau Temple Dance and Ritual Theatre internationally. 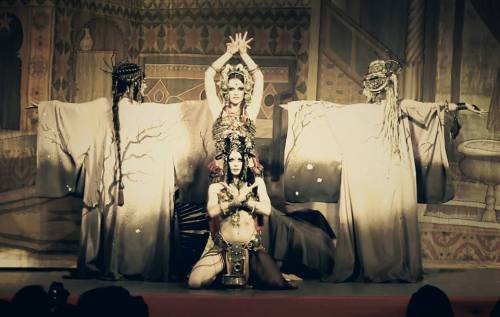